Perth is the capital and largest city in the state of Western Australia. It is the fourth-most populous city in Australia, with a population of around 1.94 million.

Western Australia’s economy is largely driven by extraction and processing of a diverse range of mineral and petroleum commodities.

The Western Australian economy is showing signs of recovery after a protracted slowdown over the past five years. Growth in Gross State Product (GSP) is forecast to rise to 3 percent in 2017-2018, after an estimated record low of 0.25 percent in the year to July 2017.

The first signs of recovery have begun to emerge in the Perth CBD office market, with strong tenant demand for prime grade triggering a significant decline in prime vacancy in the first half of 2017 – the first recorded since 2012. The Perth CBD office vacancy fell to 21.1 percent, with office market recording the highest net absorption level of all Australian CBD markets in the six months to July 2017.

However, Perth still has the highest vacancy rate of any capital city and much higher than the national average of 10.2 percent. The gap in performance between prime and secondary-grade assets remains considerable, with tenants continuing to seize the opportunity to relocate into better quality space.

While prime rents have stabilised with incentives also appearing to have peaked, secondary rents continue to fall as a result of reduced demand.

Following a subdued start to 2017, transactional activity within the Perth CBD has rapidly picked up, reflecting the strong investor appetite for countercyclical assets. The weight of capital is still placing downward pressure on yields, resulting in further tightening.

Despite this trend, the wide yield spread between Perth and other major Australian office markets remains very attractive, providing significant incentive to investors looking at countercyclical opportunities. The September 2017 Situs RERC/UPA survey results reveal that the average unlevered yield for prime Perth CBD assets is 7.0 percent with an average IRR of 8.0 percent.

The vacancy rate of the West Perth office market fell to 15.0 percent, with tenant demand in the first half of 2017 reaching its highest half-year level since 2012. Vacancy in West Perth remains largely concentrated across secondary buildings as opposed to prime assets.

About 75 percent of total vacancy in the West Perth office market is in secondary-grade buildings. There is a limited pipeline for the West Perth market with no new office projects under construction. No new office buildings have been completed over the last 18 months and no office developments are planned for the short term. 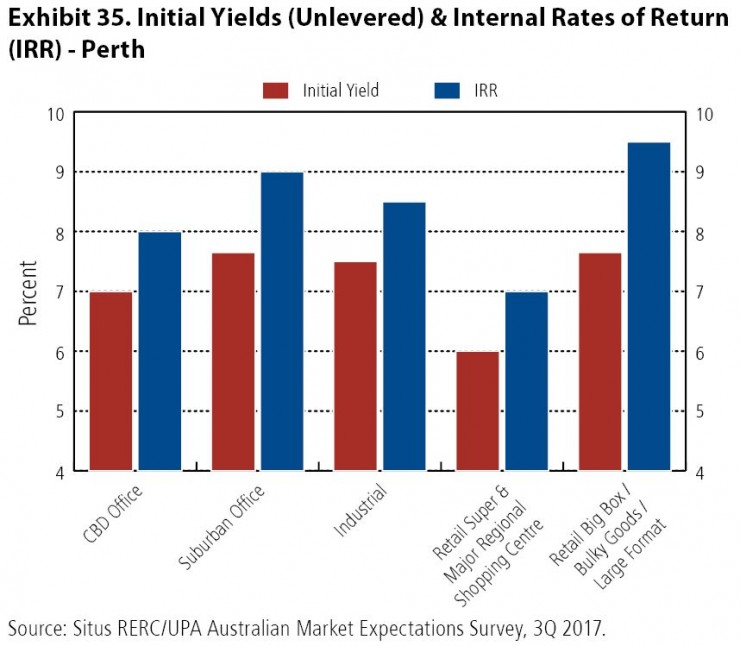 Although investment activity in West Perth office market was subdued between 2015 and 2017, sales activity has increased substantially in the first half of 2017.

Over the 12 months to July 2017, four offices in the West Perth market have sold, totalling $51 million, with all of the sales recorded in the first quarter of 2017. Survey responses from the September 2017 Situs RERC/UPA survey reveal that the average unlevered yield for prime Perth suburban office assets is 7.65 percent with an average IRR of 9.0 percent.

Leasing activity across the Perth industrial market continues to gather momentum over 2017. Encouraged by favourable leasing conditions, tenants are increasingly relocating and expanding. Over the 12 months to July 2017, demand for Perth industrial property was led by the wholesale trade, retailers and transport sectors – a trend observed across Australia’s industrial markets.

Although vacancy remains high in the Perth market, the majority of vacancy is within older, secondary facilities. Prime Perth industrial rents have declined over 2017, impacted by vacant supply on the market coupled with developers aggressively securing pre-commitments.

Transactional activity continues to remain subdued in the Perth industrial market with sales in the 12 months to July 2017 totalling $207 million from 18 transactions. In the 2017 financial year there were only three sales over $10 million. Prime yields have remained unchanged through 2017, following a strong degree of compression between 2015 and 2016. According to the September 2017 Situs RERC/UPA survey results, the average unlevered yield for prime Perth industrial assets is 7.5 percent with an average IRR of 8.5 percent. 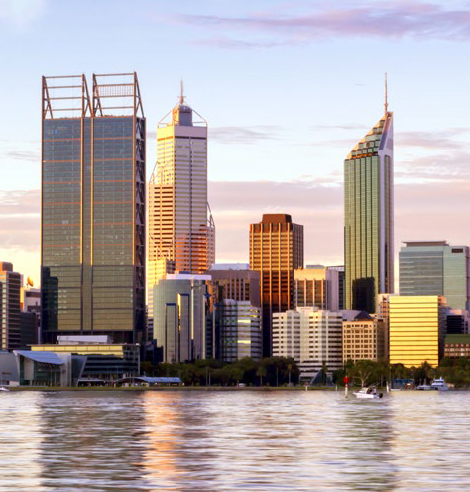 While Western Australia’s retail sales grew the slowest amongst Australia’s states, rising by 1.4 percent in the year to July 2017, this was an improvement compared to the growth of 0.6 percent in 2015-2016. Consumer spending growth is expected to remain subdued in 2017-2018, constrained by a weak outlook for wealth and income growth, as well as slow population growth.

While an improvement in these indicators from 2018/19 is projected to support consumer spending over the medium term, growth is expected to remain below the long-run annual average of 4 percent. According to the Australian Bureau of Statistics, cafes and restaurants recorded the highest retail trade growth in the year to July 2017, increasing by 10.2 percent while department store retail sales grew by 2.0 percent over the year.

Declines in retail sales were recorded in clothing and footwear (-5.7 percent), electronic goods (-3.2 percent) and household goods (-4.1 percent) over the course of 2016-2017. Rents across Perth retail centres remained stable over the 12 months to July 2017 with tenant demand subdued.

Survey responses from the September 2017 Situs RERC/UPA survey reveal that the average unlevered yield for prime Perth large-format retail assets is 7.65 percent with an average IRR of 9.5 percent. 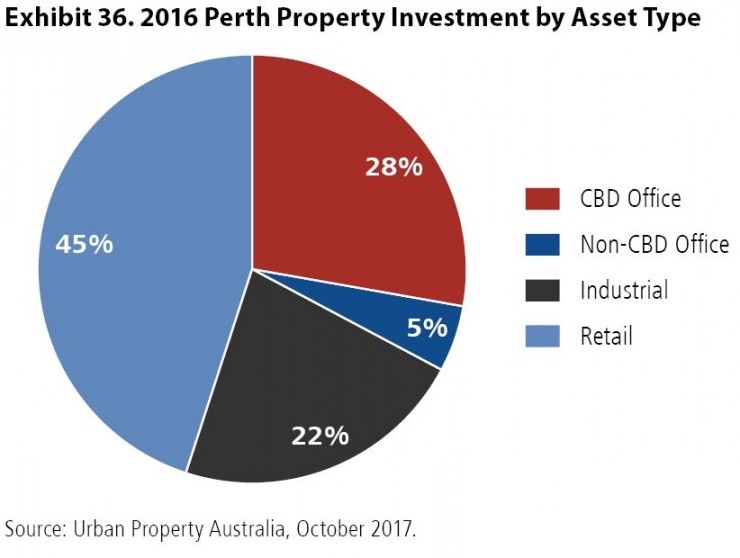