While Victoria’s population growth is heating up the industrial market with foodies taking more and more space, 2017 may be challenging impacted by closures within the automotive industry, particularly in the North.

While Melbourne’s industrial sales volumes didn’t reached record highs in the 2015/16, for the third consecutive year, investment surpassed $1 billion. Transactional activity was boosted by a number of significant sales with five transactions above $60 million recorded in the Melbourne industrial market over the past year. Unlisted funds and syndicates continue to lead all purchaser types for Melbourne industrial property, more capable to transact at yields low enough to meet vendors’ expectations. Taking advantage of the historically low interest rate levels, owner occupier investment increased in comparison to the previous 12 months, particularly for assets below $20 million. Both prime and secondary Melbourne industrial yields now sit lower than their long term averages but remain slightly above the benchmark yield lows of 2008. 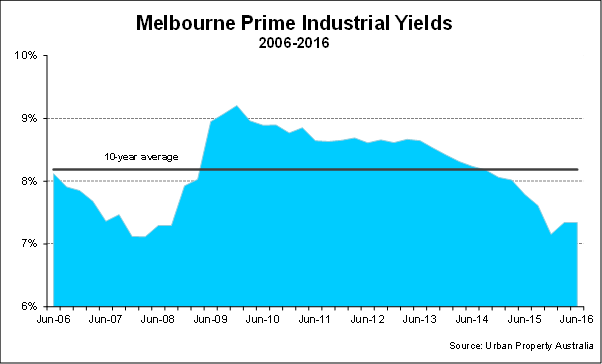 New industrial supply continues to gather momentum with 2016 set to record the highest level of additions since 2008. This year supply will largely be concentrated within the traditional industrial precincts of the West and South East, with the North having led new supply in 2015. Beyond 2016, new supply levels are forecast to remain relatively healthy with 231,044sqm already under construction and scheduled to complete in 2017 and 2018, including Woolworths’ and Target’s large pre-committed facilities.

Having previously been underpinned by the transport and logistics sector; pre-leased facilities currently under construction have been driven by retail-trade based occupiers. Strong population growth has in turn led to retail spending levels continuing to grow. Retail-based occupiers (both food and non-food) account for 67% of total pre-lease developments currently under construction. Recent major retail-based pre-leased facilities users include: Target (63,000sqm), Kathmandu (25,650sqm), The Reject Shop (37,700sqm) and Cyclone Tools (16,000qsm). 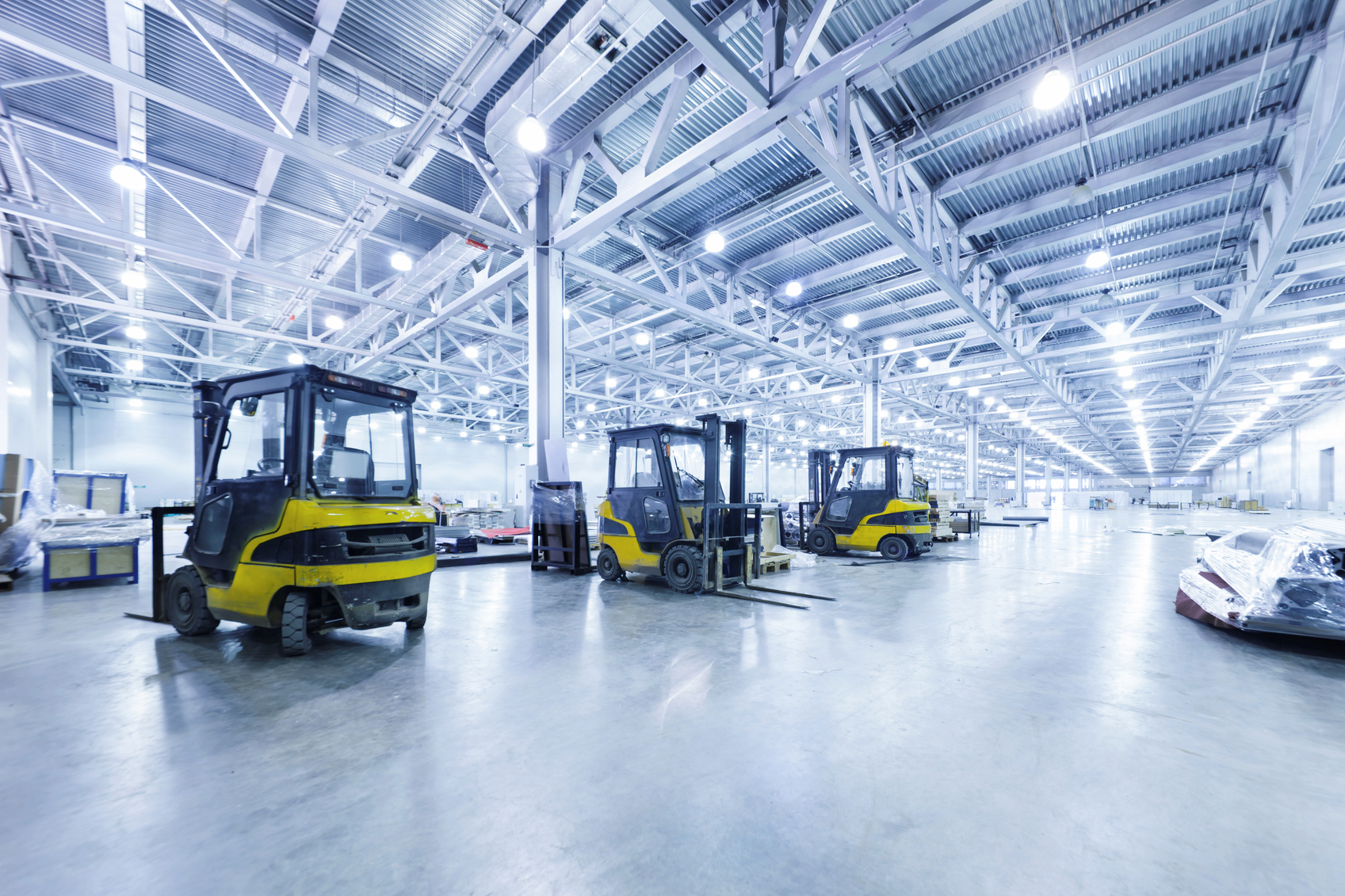 Aided by a slowing pipeline of speculative supply, Melbourne’s industrial vacancy has been relatively steady in 2016 to date with emerging signs that peak in vacancy may have been reached. Tenant demand is also improving with tenants seeking flexible, inexpensive options, benefitting secondary properties. The South East precinct has attracted the highest level of leasing activity in 2016 followed by properties in the East.

With the pre-commitment market very competitive, smaller developers have turned their attention to strata office-warehouse development typically redeveloping secondary properties on infill sites in established locations. Generally ranging in size from 100sqm to 350sqm, these smaller units have appealed to SMSF and private investors, along with owner-occupiers.

Prime Melbourne industrial rents have decreased over 2016 to date, impacted by the high levels of prime vacancy while secondary rental levels have steadied. Within the City Fringe specifically, rental levels eased with tenant demand impacted as stock levels continue to diminish as developers redevelop stock into residential uses.

Looking forward, as a result of the increased D&C construction levels, and subsequent backfill vacancies, average prime Melbourne industrial rents are expected to remain steady. In contrast, rental levels within secondary assets will remain under pressure as tenants capitalise on increased incentive levels to upgrade their accommodation requirements. 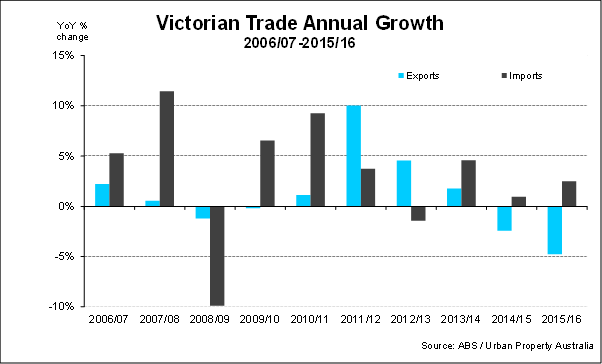 Between 1995 and 2005 industrial land consumption across metropolitan Melbourne averaged around 300 hectares a year. Since the GFC, consumption rates have declined significantly. However, in the 12 months to June 2015, 276 hectares was consumed, the highest level since 2008.

While there have been limited industrial land transactions in Melbourne over the past two years, with diminishing available serviced industrial land, particularly within estates, increasingly developers are seeking englobo sites to restock their industrial pipeline.

Average land values for sites smaller than 5,000sqm have remained stable over the year. Similar trends were recorded for larger serviced industrial lots, greater than 1 hectare with growth recorded in the West and South East while land values fell in the North.

As a result of the Victorian Government’s plans to expand the Fishermans Bend urban renewal project, the quantum of inner city industrial zoned land will reduce further. As part of an expanded capital city zone, the proposed Fishermans Bend precinct will increase from 250 to 455 hectares. This diminishing availability of industrial zoned land within the City Fringe has resulted in a significant increase of industrial land values in the precinct.