The global economic outlook has moderated over the past year, due to weaker growth prospects for emerging economies including China, Russia and Brazil. The International Monetary Fund predicts global growth will rise marginally in 2015 and further in 2016.

The United States recovery continues to progress as labour market conditions and household spending improve, assisted by accommodative monetary policy and lower oil prices. The unemployment rate has almost halved since its peak in 2009.

The moderation in China’s growth is expected to continue as it transitions away from residential construction and infrastructure investment towards a more consumer-led economy. However, growth will remain high compared with other countries. Demand for Australia’s minerals will be negatively affected by this transition while consumer-focused export sectors should benefit.

The result of the Greek referendum has just increased uncertainty in the equity and currency trading markets, however further negotiations will determine the outlook for country. While Australia’s direct exposure to the Greek economy is minimal, a complete breakdown of negotiations between Greece and the European Union, followed by a Greek exit from the Euro, may have noticeable ramifications for global financial markets. 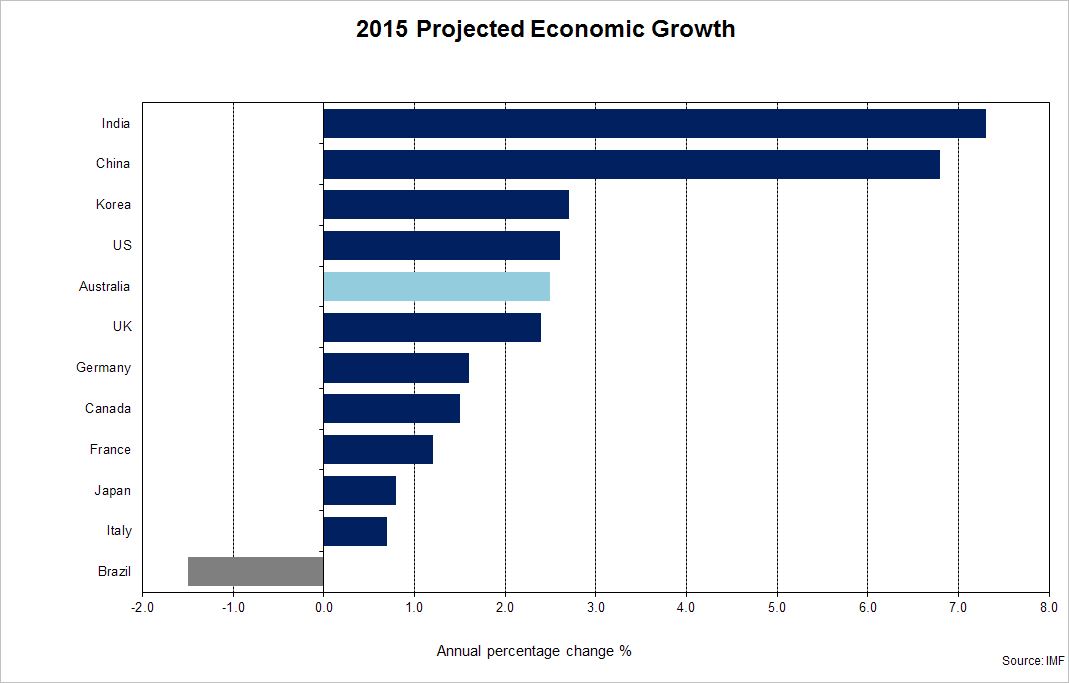 The Reserve Bank of Australia has shrugged off any immediate danger to the economy from a growing sharemarket rout in China and Greece’s debt woes and left the official cash rate at a record-low 2.0% for a second month. While the next move is still more likely to be a cut than a hike, employment which has grown by 120,700 people since December is likely to result in the RBA maintaining the current level of interest rates for the short term.