Adelaide is the capital city of the state of South Australia, and has the most centralised population of any state in Australia, with more than 75 percent of its people living in greater Adelaide

South Australia, an economy that has largely underperformed, posted quarterly economic growth of 1.7 percent in the second quarter of 2017, the strongest growth of all Australian states. Over the year, South Australia’s economy grew by 4.0 percent, its strongest growth in 12 years. Non-residential construction was a key driver of growth with investments in public spending and utilities.

South Australia will continue to face a range of challenges over the next few years arising from the cessation of car manufacturing later this year.

The Department of Defence’s new continuous shipbuilding program centred at Port Adelaide will generate increasing job opportunities from 2017 onwards. With these positive business conditions, the unemployment rate is forecast to decrease, albeit marginally. The South Australian economy is expected to increase 2.25 percent annually over the next five years.

The total vacancy rate in the Adelaide CBD was largely unchanged in the six months to July 2017, decreasing from 16.2 percent to 16.1 percent, and remaining well above the 10-year average of 9.9 percent.

The lack of supply over the short term is likely to provide the opportunity for the market to absorb existing stock.

While tenant demand is improving in the Adelaide CBD office market, rents have remained stable for the first half of 2017. Offshore purchasers have played an increasingly larger role in sales activity in the Adelaide market in in 2017, accounting for all prime-grade transactions that have settled in the year to date. CBD sales currently stand at $240 million, down from $550 million transacted over the same period last year, and is expected to fall below the total of $1.18 billion recorded in 2016.

The September 2017 Situs RERC/UPA survey results reveal that the average unlevered yield for prime Adelaide CBD assets is 7.25 percent with an average IRR of 8.25 percent.

The Adelaide Fringe office market vacancy rate decreased to 10.1 percent in the first half of 2017, down from 11.3 percent. Net absorption in the six months to July 2017 in the Adelaide Fringe totalled 3,300 square metres – its highest half-year level since the second half of 2011. Like the CBD secondary market, investment yields in the Fringe have also remained unchanged in the six months to July 2017.

Given Adelaide’s value proposition and increased interest from overseas and institutional investors, there is potential for the firming bias of yields to continue in the short term within the prime market, particularly for assets without exposure to leasing risk.

Survey responses from the September 2017 Situs RERC/UPA survey reveal that the average unlevered yield for prime Adelaide Fringe office assets is 7.5 percent with an average IRR of 8.5 percent. 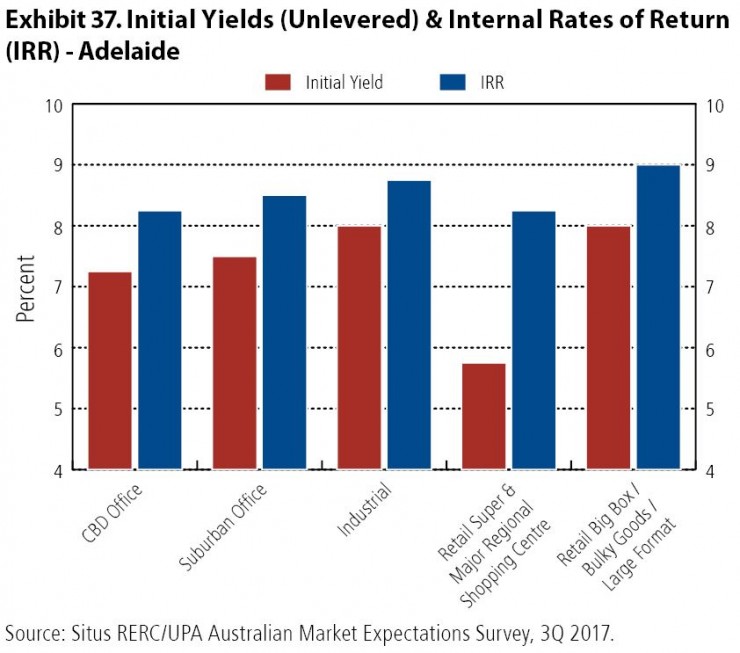 Increased enquiry levels at the start of 2017 have slowly begun to translate into leasing commitments. Major tenant leases have totalled 21,000 square metres in 2017 to date despite a scarcity of prime vacant industrial accommodation that is hindering further occupier activity.

Defence-affiliated occupier demand is expected to increase over the short term as the commencement of the Australian Defence Force ship and submarine building and maintenance programs in the North West precinct nears.

Investment activity is likely to be aided over the short to medium term by the South Australian state government phase-out of stamp duties on commercial property transactions. According to the September 2017 Situs RERC/UPA survey results, the average unlevered yield for prime Adelaide industrial assets is 8.0 percent with an average IRR of 8.75 percent.

South Australia’s retail sales grew 2.7 percent during the year to July 2017, down from 4.7 percent in 2015-2016. According to the Australian Bureau of Statistics, retail trade growth was led by cafes and restaurants, which grew by 8.9 percent over the year and household goods (5.5 percent).

In contrast, clothing and footwear retail sales declined 0.4 percent over the 12 months to July 2017, with department retail sales also lower (-1.9 percent). After a modest recovery in the second half of 2016, leasing conditions have softened for shopping centres in South Australia in the first half of 2017, impacted by the closure of a number of Australian fashion retailers.

During the year to July 2017, retail property transactions in South Australia totalled $60 million, below the five-year average.

Private investors were most acquisitive for South Australia retail assets in the year to July 2017.

The September 2017 Situs RERC/UPA survey results reveal that the average unlevered yield for Adelaide Super & Major Regional Shopping Centre assets is 5.75 percent with an average IRR of 8.25 percent. According to the Situs RERC/UPA survey, unlevered yields for large-format retail Adelaide assets averaged 8.0 percent and an average IRR of 9.0 percent. 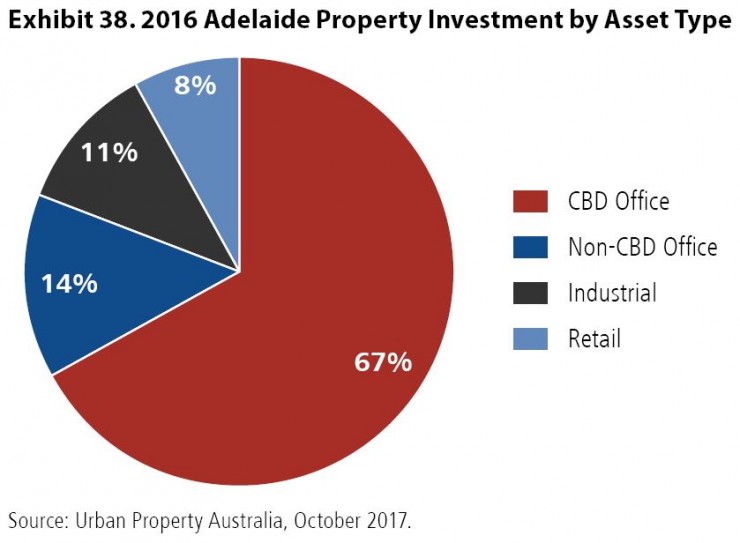 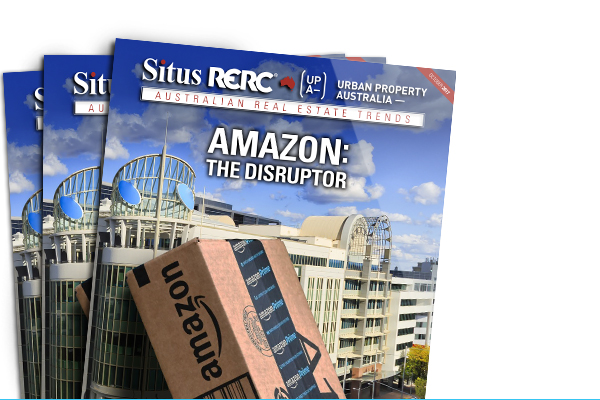